Suberra's Subscription NFT can be used in conjunction with guild.xyz to automate tokenized access/memberships on platforms your community already uses.

Common use cases include:

First create your guild on guild.xyz. 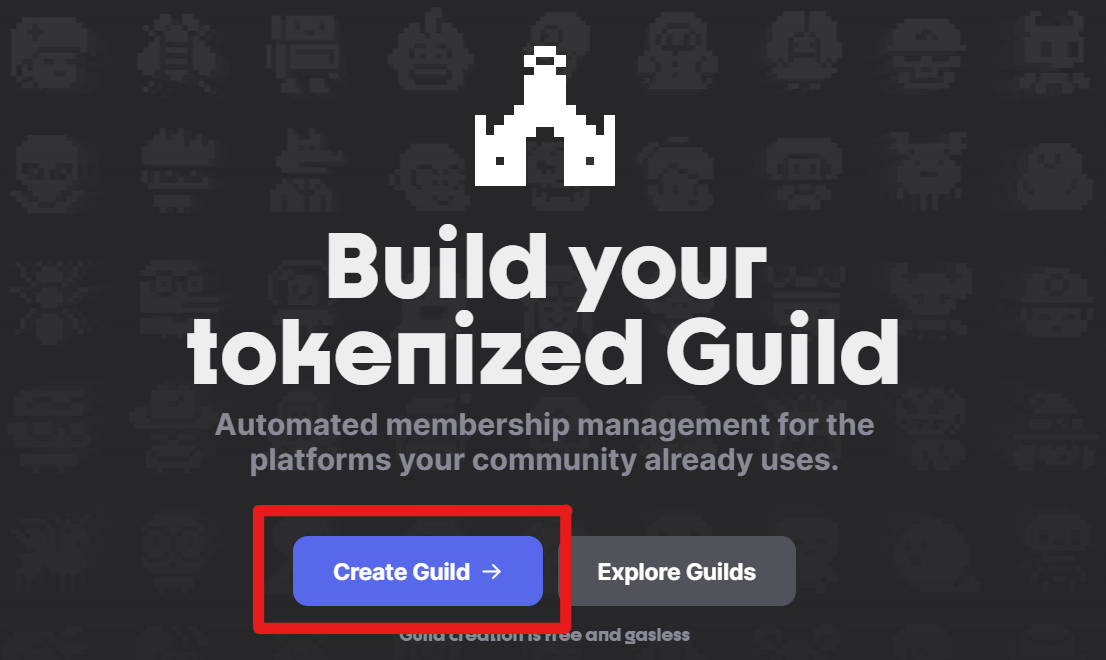 Next, select a platform you would like to protect access to. You can add on platforms later. 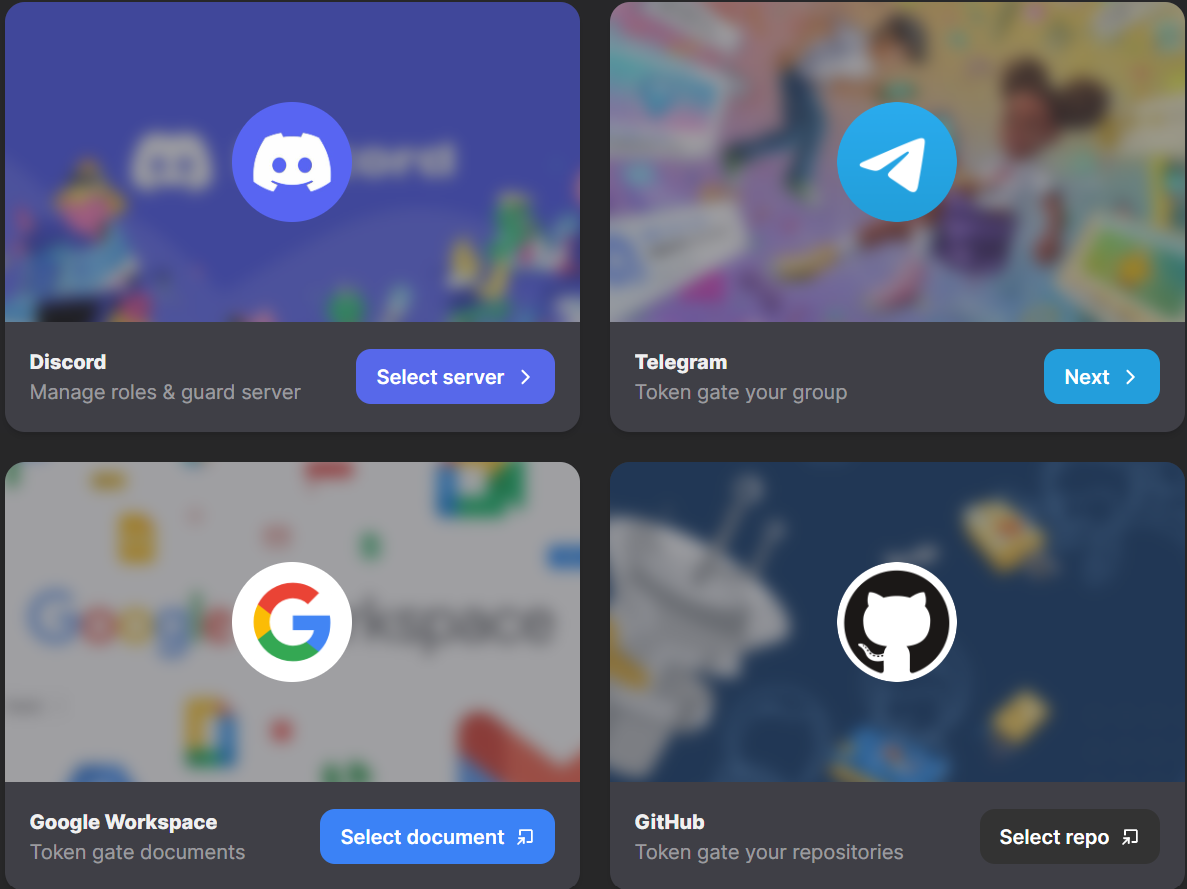 (Images below use Discord as an example.)

Follow guild.xyz's instructions for the bot's admin rights, and finally create the guild. 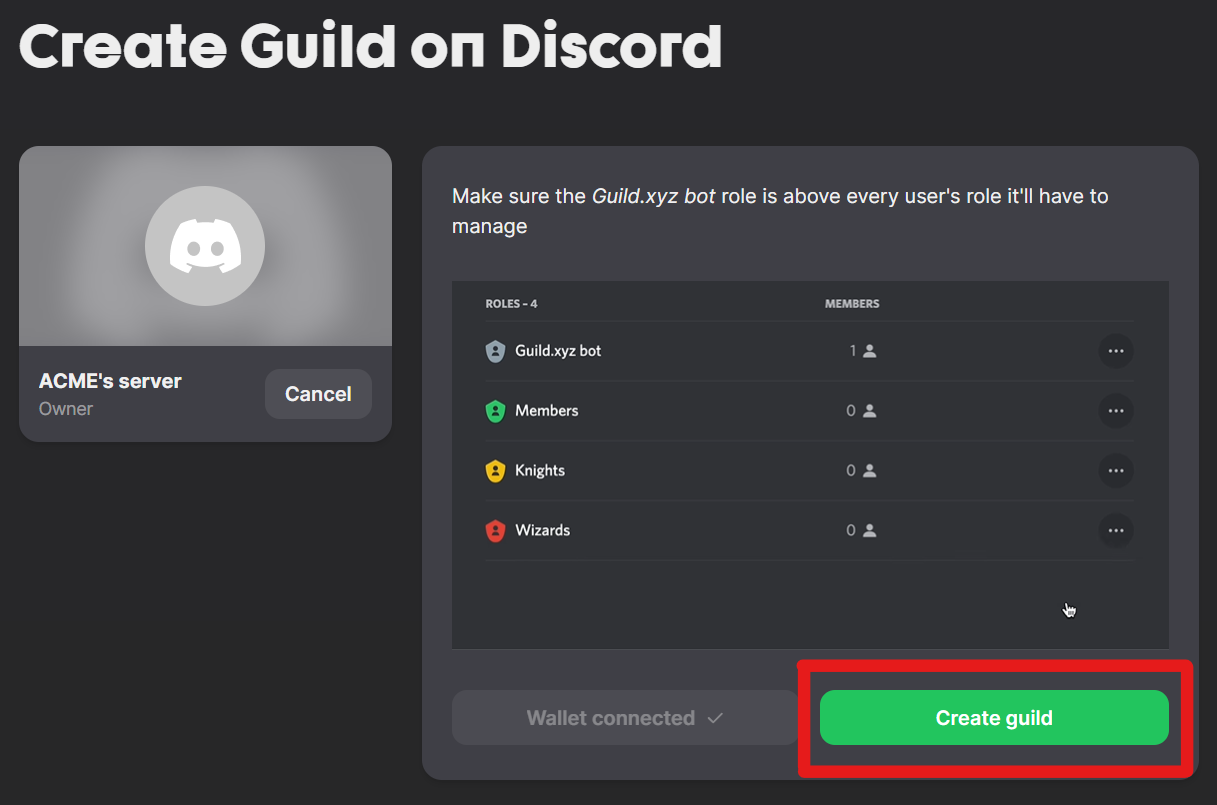 When your users join the Guild, members that satisfy the requirements of a Guild Role (e.g owning an NFT, owning an ERC-20 Token etc) will be awarded the Role and the access to your Discord servers/channels, Telegram groups, etc. that the Role holds.

Next you'll need to define the NFT subscription details for guild.xyz to check your members subscription status, follow these steps:

Remember, Roles on guild.xyz are not the same as discord roles! When creating a new Guild Role however, you can choose to link it to an existing discord role. Alternatively, the guild.xyz bot can automatically create a new discord role in the server you added it to, that will be tied to that Guild Role.

Add access to multiple different platforms with the same Guild Role by clicking the "Add reward" button when editing the Role.

This will allow your users to verify their role requirements ONCE, and simultaneously gain access to your gated Discord, Telegram, Google Workspace and Github all together.

When creating a Guild Role, you can choose whether to allow the guild.xyz bot to create a new Discord role that will be tied to the Guild Role, or you can Guildify an existing role in your Discord server.

It is recommended to Guildify an existing role, as this allows you to set a preference for the time of removal of the Role from unauthenticated users (expired subscriptions) as seen below. 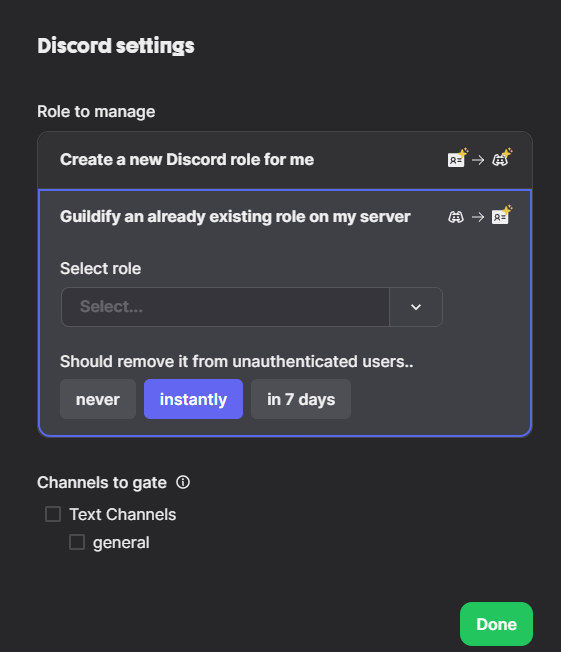